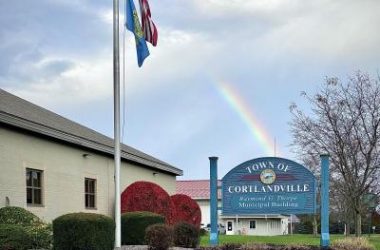 After a 2 year hiatus, the Town of Cortlandville will induct both the class of 2021 and 2022 into their hall of fame this afternoon. This year’s inductees are Richard[Read More…]

On Saturday morning (May 28) the Cortland County Sheriff’s Office conducted a traffic stop in the Town of Cortlandville for multiple traffic violations. While investigating officers found the driver 27[Read More…]

Man Arrested After Pointing Gun at Another Person

Last Thursday (May 19th) the Cortland County Sheriff’s department responded to the area of Bennie Road in the Town of Cortlandville. During the investigation officers determined that Cody B. Carroll[Read More…]

Back on November 8th of 2021 the Cortland County Sheriff’s Office responded to a business located on Route 13 in the Town of Cortlandville for a reported burglary. During the[Read More…]

Man Arrested After Destroying Property of Another 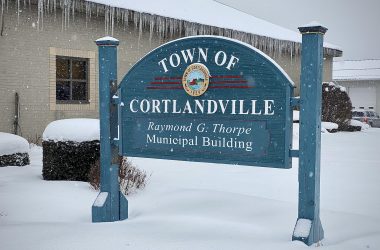 The Cortlandville Fire Department was given a donation that will cover the cost of a gear dryer for their equipment. The donation was presented by Pastors from The Bible Baptist[Read More…]

Intertek Testing Services has been granted $500,000 from the state to pursue two big projects – those projects include the expansion of its current Energy Center of Excellence and the[Read More…]

A successful application process will bring $500,000 to the Town of Cortlandville from the Community Development Block Grant program. Majority of the funds will go towards housing rehabilitation and new[Read More…]

A complaint of a larceny was the reason officers from the Cortland County Sheriff’s Office were called to the Tops on Route 281 on Sunday (Dec. 26). When the officers[Read More…]

The Cortlandville Fire Department and TLC-EMS responded to a two vehicle crash that was reported at 10:22 this morning (December 20) on Route 13 in front of Country Max. The[Read More…]