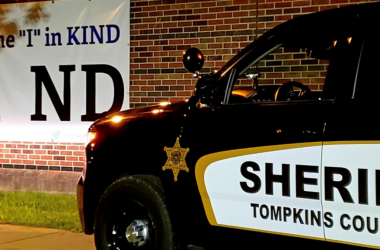 The Tompkins County Sheriff’s Department has announced that they will be hosting a virtual public forum on Tuesday, June 21st at 12pm. The forum will let the department inform the[Read More…]

Yesterday around 8:45am the Tompkins Sheriff’s departments were dispatched to the Lansing High School in Lansing, NY for an alleged threat against the school. During the investigation the school learned[Read More…] 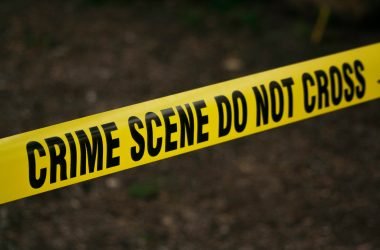 Man Shot in Leg in Town of Lansing; Officers Search for Suspect

Tompkins County Sheriff deputies responded to Farrell Rd in the Town of Lansing for a reported Shooting on Sunday (May 29) around 11:15pm. Upon arrival deputies found a male with[Read More…]

The Tompkins County Sheriff’s Department held an in-house Project Lifesaver Initial Certification Training on May 15th. The training was a full-day course for both Corrections Officers and Road Patrol Officers[Read More…]

The Tompkins County Sheriff’s Office has announced a new pilot program to respond to certain non-emergency related calls for service with unarmed Sheriff’s Clerks. These responses may be handled via[Read More…] 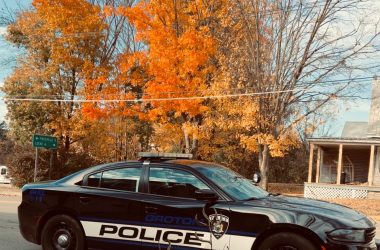 Last night (April 21) the Village of Groton police departed responded to a report of a domestic dispute involving a handgun. When officers arrived on scene the suspect fled on[Read More…]

Former Cortland Police officer Matt Federation is now Sgt. Federation. He joined the Tompkins County Sheriff Office in 2018, and has served as a training officer, with the marine unit[Read More…]

Tompkins County Sheriff’s Office: Can You Identify This Person In A Home Invasion

The Tompkins County Sheriff’s Office is looking for help in identifying the person pictured below involved in a home invasion in the Town of Groton on January 7, 2022. If[Read More…]