The Cortland County SPCA is offering a reward of $1,000 dollars for information that will lead to the arrest, prosecution, and conviction of the suspect(s) involved in shooting a cat[Read More…]

Over 2,800 Tickets for Impaired Driving Issued During “Drive Sober or Get Pulled Over” Campaign

The New York State Governor’s Traffic Safety Committee has announced that during the “Drive Sober or Get Pulled Over” campaign, which ran from August 19th through September 5th. There were[Read More…]

Again on Wednesday, September 7th another narcotics search warrant was executed by the Cortland County Drug Task Force at a residence on Clayton Ave. in the City of Cortland. During[Read More…]

A narcotics search warrant conducted by the Cortland County Drug Task force on Wednesday, September 7th at a residence on Charles St. in the City of Cortland revealed packaging items,[Read More…]

Back on August 25th around 7pm, the New York State Police at Homer responded to a report of a vehicle that had gone off the roadway near Route 13 and[Read More…]

The New York State Police announced yesterday that their speed week crackdown, which ran from Monday, August 15th through Sunday, August 21 resulted in over 25,000 tickets being issued to[Read More…]

A Cortland woman has been arrested after a report of a grand larceny at Target in Lansing, NY on August 18th. Troopers were called to assist the Tompkins County Sheriff’s[Read More…]

One Caught After Stealing Copper; Sheriff Looking for Second

On Thursday, August 11th the Cortland County Sheriff’s Department was called to Suit Kote Crushed Stone on US Route 11 in Cortlandville for a report of two males stealing copper[Read More…]

Back on December 19th, 2021 a report came in to the Cayuga County Sheriff’s Office of two snowmobile trailers and six snowmobiles that had been stolen from a storage lot[Read More…]

Back on July 8th around 3:30 in the morning the New York State Police observed a vehicle driving on State Route 13 in Cortlandville westbound while in the eastbound lane[Read More…]

Governor: Gun Seizures Up Over 100% 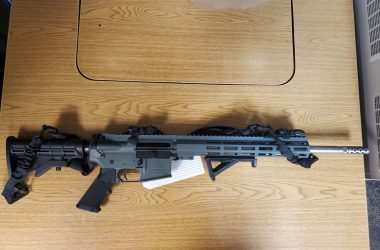 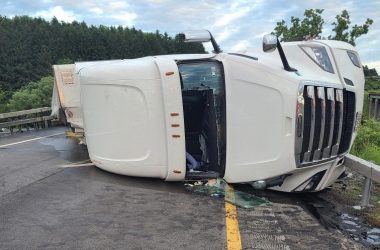 As of 8:30 am Thursday, June 16th I81 Northbound is now open between exits 10 and 11. New York State Police have officially reported the contents of the trailer were[Read More…] 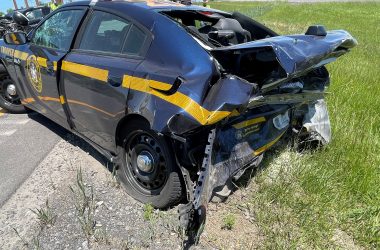 Around 6:50pm last night (June 1) calls came into 911 dispatch of a 3 vehicle motor vehicle accident on Route 13 in the Town of Cortlandville near the entrance of[Read More…]

The New York State Police in Binghamton on May 27 around 10pm responded to a report of a motorcycle that crashed on I81 in the Town of Marathon. A State[Read More…]