Gov. Hochul’s announced that the State Office for People With Developmental Disabilities has completed a five-year strategic plan to help strengthen support and services for New Yorkers. The endeavor both[Read More…]

Yesterday, New York Governor Kathy Hochul announced that eligibility for child care assistance is expanded to include families earning up to 300 percent of the federal poverty level, this is[Read More…] 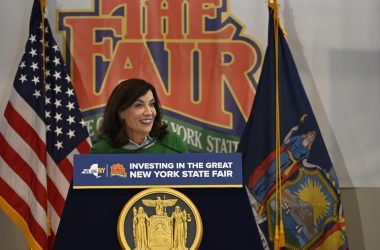 Yesterday, New York State Governor Kathy Hochul made the announcement of $150 million dollars for the expansion of the state’s tuition assistance program (TAP). The program’s increased funding will now[Read More…] 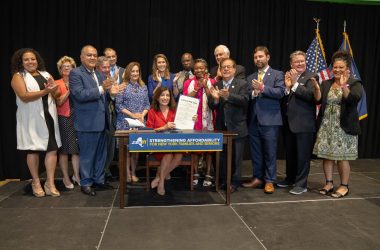 Legislation Signed to Bring Housing Affordability to Seniors and Families

Yesterday, Governor Kathy Hochul announced a large majority of over $550 million dollars dedicated to help low-income families pay off their electric and gas bills, which will be reflected in[Read More…]

New legislation has been put in place last week to expand not only pedestrian safety, but also bicyclist safety as well. Governor Kathy Hochul signed the legislation which now requires[Read More…] 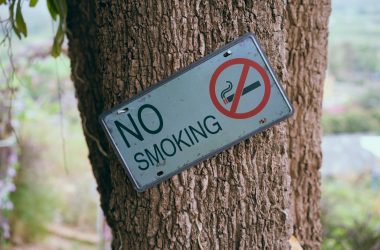 You can take a breath of fresh air now at public parks and beaches in the state. Governor Kathy Hochul has enacted a smoking ban on all state-owned beaches, boardwalks,[Read More…]

Over $200 Million in Additional Food Assistance Announced For July

More assistance towards food is now available to residents who use SNAP. All SNAP households will now receive the maximum level of food benefits for the month of July after[Read More…]

It’s official; the sixth round of the Downtown Revitalization Initiative, but this year has an added “perk” : there will also be a new initiative called NY Forward. This new[Read More…]

State Launches COVID-19 Hotline For Those With No Healthcare Provider

For those who do not have a healthcare provider and end up testing positive for COVID-19 staying protected would be difficult. Yesterday, Governor Kathy Hochul announced a new free hotline[Read More…]

Not even through half a year and the State of New York has collected over $300 million dollars in mobile sports wagering tax revenue, exceeding all expectations. The revenue coming[Read More…]

Over $250 Million in Grants Available for Water Infrastructure Projects

New York State Governor Kathy Hochul has announced yesterday that $255 million dollars in state grants will now be available for critical water infrastructure projects throughout the state. The projects[Read More…]

New York State Governor Kathy Hochul signed legislation last week to empower those who are victims of crime. “In New York we believe strongly in protecting and uplifting all victims,”[Read More…]