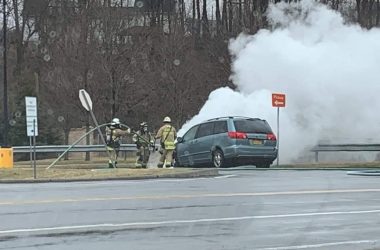 On Sunday afternoon (March 20) around 2:30pm. Cortlandville Fire Fighters were dispatched to a vehicle fire at the Wal-Mart parking lot. Upon arrival firefighters found a minivan on fire at[Read More…] 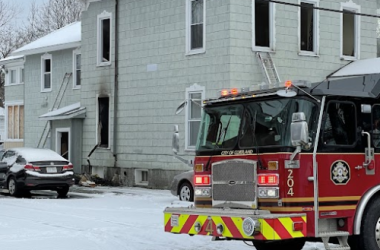 City of Cortland Firefighters responded to a call at 8:30am this morning to a reported fire in a home at 32 Lincoln Ave in the city of Cortland. Residents in[Read More…]

The Cortlandville Fire Department was given a donation that will cover the cost of a gear dryer for their equipment. The donation was presented by Pastors from The Bible Baptist[Read More…]

Cortlandville fire department on scene to help with structure fire