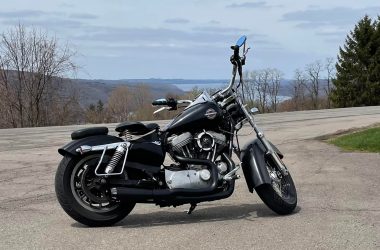 The City of Cortland Police department is asking for assistance in locating a stolen 2006 Harley-Davidson Sportster XL motorcycle. The bike was stolen from 70½ Elm Street in the City[Read More…]

It was a busy end of week and weekend for city police officers in the City of Cortland. Charges ranged from Criminal trespassing to Gang Assault in the 2nd Degree.[Read More…]

Someone stole a kayak from a front porch on Pendleton Street in Cortland. It’s a Perception brand kayak, colored red, white and blue. If you can provide any information or[Read More…]

No Empty Chair Campaign To Begin Next Week

With better weather approaching, high school students throughout New York State will begin to travel to proms and graduation ceremonies. Multiple police departments in our area including the City of[Read More…]

The City of Cortland Police is asking for assistance in identifying someone who broke into the Daily Grind on Main Street in downtown Cortland. Police report the suspect broke out[Read More…]

More Felony weapons and misdemeanor menacing charges – this time for an Owego Street man involved in an argument with two other men just after midnight Thursday. Cortland Police say[Read More…]

A touch of road rage on Pearne Avenue in Cortland Thursday afternoon. Neighbors were upset over a driver they thought was going too fast. Cortland Police say as they argued,[Read More…]

A man from Harford made Cortland Police chase him down before his arrest early yesterday morning. Dillin Wilcox, who is 29, was wanted on charges from City and State Police,[Read More…]

No License, No Headlight, Open Alcohol In The Vehicle

Police say a man from Homer took the corner from Grant Street to Harmon Ave in Cortland by driving into the oncoming lane of traffic. Officers say he also had[Read More…]

Cortland Police stopped a driver Sunday night on Elm Street, but say she tried to drive away from the stop…slowly. Officers report that Laura Stisser, 59, of River Street didn’t[Read More…]

We told you Monday about Jason Gassner’s troubles with the sheriff. He was arrested Friday by Cortland County Sheriff’s deputies in Cortlandville for driving while on drugs. Turns out Cortland[Read More…]

An argument with a friend led to Cortland Police being called Sunday night at about 7:30 to 34 Clinton Avenue. During their investigation, officers say they found 22-year old Lamar[Read More…]