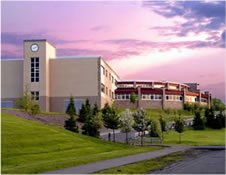 Yesterday, an accident around 4 pm in the lower parking lot at Cortland high school resulted in minor injuries.

At first, it was thought that a “Gray car came up onto the grass and hit a child, then took off down Pendleton street.”

He said the incident was misrepresented by that post; and that officers had things under control.

According to Lt. Strangeway, one student was parked in their vehicle unaware that another person was sitting down right in front of their tires on the grass.

When the driver left, they unknowingly ran over the person’s foot.

Officers caught up to the vehicle and determined the person had no idea what just occurred.

The individual who was not seriously hurt, other than the foot injury.