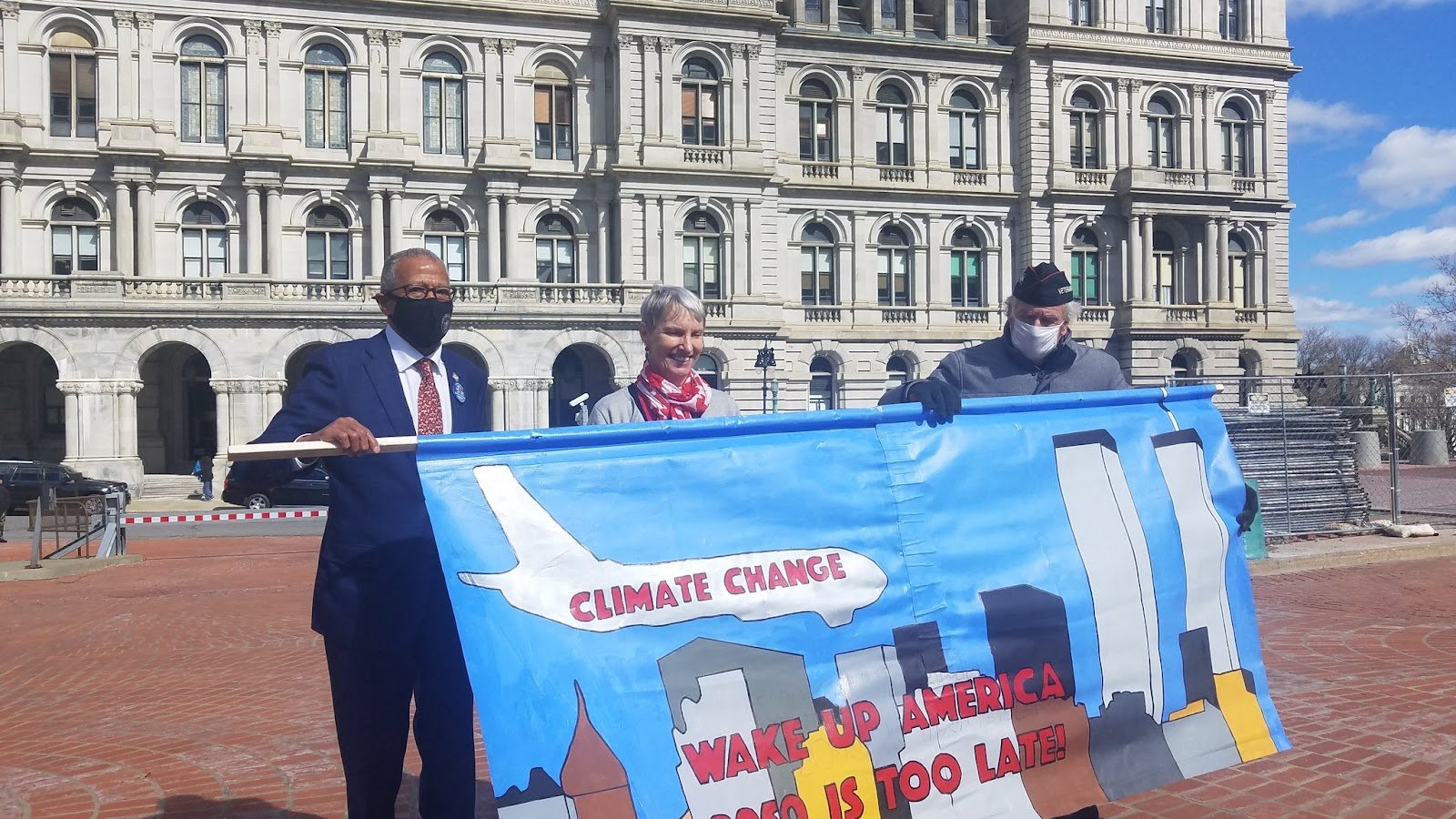 SENATE REPUBLICAN LEADER ROB ORTT labels this as a shameful use of 9/11 imagery insisting it offends every New Yorker. “Senator Rachel May and Senator Robert Jackson today used a horrific attack on our nation to advance their political agenda.”

Senator Ortt called on every member of the Senate Democratic Conference to immediately condemn this action.

“I attended the rally today to support a significant investment in climate change in the state budget. I posed for numerous photos with activists, and did not see the content of the sign. The imagery on the banner is unacceptable and I would never endorse such a cynical use of our state’s history to score cheap points. I apologize sincerely to all New Yorkers and call upon the organizers to similarly condemn this message.”