A missing dog reported yesterday is safely back home, but the owner believes he was taken.

Jeff Carlson was walking with his dog, Bear, around 4 pm yesterday at Dwyer Park.

When heavy rain forced them out of a canopied trail, Carlson lost track of Bear and thought he saw a blue sedan in the same vicinity leaving hastily.

He continued to search the park for hours with no luck.

Bear was found this morning tied to a picnic table near the same area that he went missing.

Dwyer Park officials said his fur was dry, meaning he likely was not outside during last night’s storm.

Anyone who may have information on the incident should contact police.

A dog is missing whose owner believes he was taken from Dwyer Memorial Park in Little York.

Jeff Carlson has been looking for his canine friend , Bear, a black and brown hound mixed breed (part Lab and Plott hound, among others).

Carlson said the two were walking off-leash in the rain on a wooded trail at the park.

When it started to rain heavily, they exited the forest and headed for an open field.

By the time Jeff caught up to Bear, he was gone.

“He doesn’t usually go out of sight,” Carlson posted to Facebook. “I didn’t see him and saw a small, blue sedan drive down and out before I got to the road. Walked the park again and drove around (a lot)…no sign of him.”

The dog is microchipped and has a collar with tags on it.

Below is a photo of Bear from Jeff’s daughter: 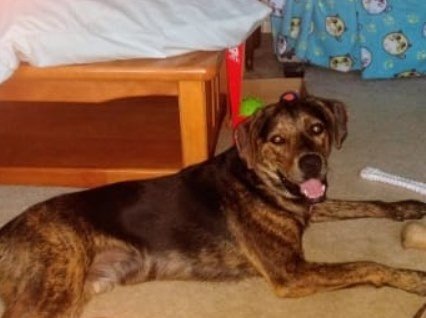 x101_wxhc
•
Follow
A look over yesterdays 22nd annual Brockway Truck Show from the top of our studios in Downtown Homer. #Brockway #HomerNY
View on Instagram |
3/20

x101_wxhc
•
Follow
We’ll be on location at the Arts Off Main Festival from 11 am to 1 pm this Saturday, August 6th. This is a reimagining of the twelve-year-old Arts & Wine Festival, taking place in the parking lot behind the McNeil building, nestled between Main, Central and Church Streets. These areas will be transformed into a family-friendly celebration of Cortland’s art and creativity, and downtown. #ArtsOffMain #MyCortland
View on Instagram |
5/20

x101_wxhc
•
Follow
History has been found at the old Gillette Skirt Factory off of Homer Ave. in the City of Cortland. Yesterday, Troy Beckwith Sr. unveiled the location of a time capsule that was discovered inside the first concrete block laid in the construction of the building back in 1904. #History #TimeCapsule See our photo gallery at wxhc.com, link in the bio
View on Instagram |
11/20

x101_wxhc
•
Follow
Rival coaches, but a team on the mound when both head coaches of SUNY Cortland and Ithaca College football teams throw the ceremonial opening pitch for an MLB Yankees Game on Thursday, July 28. 📷 Courtesy of @sunycortland #CortacaJug #Yankees
View on Instagram |
14/20

x101_wxhc
•
Follow
A reminder to make sure your pets are ok with all the fireworks happening! #TakeCareOfTheAnimals
View on Instagram |
16/20

x101_wxhc
•
Follow
We’re enjoying the AgeLess Band this evening on the Homer Village Green. What a gorgeous night for some jazz! #Jazz #HomerNY #MyCortland
View on Instagram |
17/20

x101_wxhc
•
Follow
Oh gosh, remember printing these things out!! The young people would never be able to get somewhere with this paper. #LongAgo #NoGPS #AlwaysClassic
View on Instagram |
18/20

x101_wxhc
•
Follow
We’re so glad the rain held off tonight for the first concert in the Village of Homer Concert Series with The Old Timers Band! #SummerMusic #VillageGreen
View on Instagram |
19/20