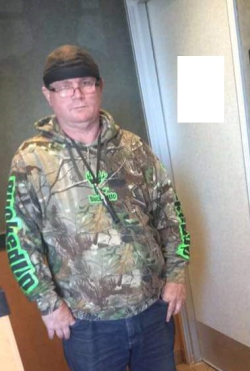 Vincent E. Losaw, I, of Spafford, passed away Sunday, May 15, 2022 at Guthrie Cortland Medical Center surrounded by his loving family at the age of 56.

Vinny was born August 2, 1965 in Penn Yan, the step-son of the late James Ainsworth and the son of Erma Johnson Ainsworth.

He attended Cortland Central School until the 9th grade and earned his GED. He was employed by Woodworth Brothers, Rubbermaid, Wilbedone and Mavis Tire/Cole Muffler.

He enjoyed hunting, fishing, band practice and building things. His greatest joy came from spending time with his grandchildren.

There will be a Celebration of Life on Saturday, June 4, 2022 at 2:00 PM at the Malcolm Coon Ball Filed, 6811 Route 41, Scott (across from the Scott Methodist Church). Please bring a dish to pass and your own beverages. Please note that there no glass containers allowed in the park.