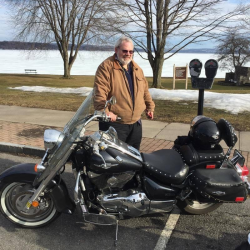 Tim graduated from McGraw high school in 1983 and went into the u.s army from 1984 to 1987. Shortly after he started his career at matrix communications group. Through mergers, bankruptcies, coworkers coming and going, Tim spent 34 years with the matrix family. In 2001 Tim achieved sobriety and spent the rest of his life helping many people and friends in NA and AA meetings as well as helping himself. Tim was an avid outdoorsman, hunter, biker, backyard mechanic, and computer whiz.

Timothy was predeceased by his mom, Shirley Glazier