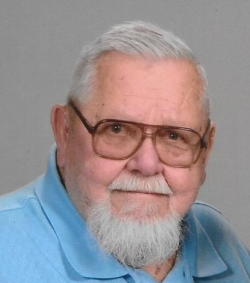 On October 30, 2021 Thomas Henry Bell finished his race and was ushered into the presence of his Creator. Born on March 28, 1933, Tom was a life-long resident of Cortland, NY and was well-known for his service and commitment to the local community. Family was central in Tom’s life. He is survived by his wife of 68 years, Shirley (Cook); siblings – William Lee Bell, Louis Bell, Gerald Bell, Arthur Bell and Kathleen (Bowersox); children – Barbara (Michael) Phelps, Donna Farkas, T. James (Leona) Bell, Karen (Clay) Skacall, Geren Bell, and Gregory (Alicia) Bell; 21 grandchildren, 25 great grandchildren and 2 great-great grandchildren; as well as numerous nieces and nephews and his faithful canine friend, Scooby. He was predeceased by his parents, Bill and Ruth Bell; siblings Dale Bell and Jeannine Langdon; sons Jeffrey Bell and Daniel Bell; son-in-law Chris Farkas; grandson Nathan Farkas; and nephew Rick Bell.

Everyone Tom met he counted as a friend, and he knew everybody! Whether he was mowing the lawns at the Cortland County Fairgrounds, volunteering with the Homer Fire Department, participating in the United Methodist Church of Homer or playing his role as Santa Claus at a variety of venues throughout town, his easy smile and willingness to serve endeared him to many.

Tom enjoyed traveling. He took several trips to Florida, North Carolina, California, Arizona and points in between to connect with family members. For many years, he made the trek with his Nascar buddies to Daytona Beach for the Daytona 500 races. He also spent time each summer camping with his family throughout the Northeast. One of Tom’s favorite places was the family property on Brake Hill Road. This was the scene of family reunions, hayrides, chicken barbeques, and family campouts.

He grew up on the family farm and was active in 4-H which led him to decades of involvement with the Cortland County Jr Fair Association where he received the Purple Ribbon Loyalty Award for his dedication and commitment to continued betterment of the Fair.

Following his long career as an Excavating Contractor, Tom continued to serve the community for the next 24 years by operating the heavy equipment for the Town of Homer Highway Department and eventually becoming the Highway Superintendent. At his retirement in 2003 he was recognized for participation, support and neighborly cooperation in the County Superintendents Association.

Tom had many titles: husband, father, grandfather, brother, uncle and friend. He will be greatly missed by all. No one can replace his stories, always told with a twinkle in his eye.