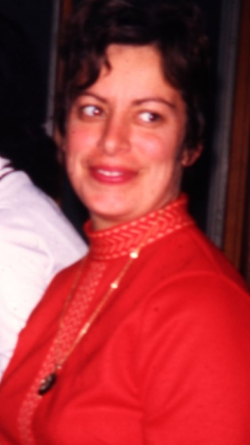 On Tuesday, August 16th, 2022, loving wife, mother, sister, friend, and grandmother Sue K. Moravec passed away at the age of 81. Sue was born on October 26th, 1940, to William and Ethel Kennaugh in Delhi, NY where she spent her childhood years active in the community. Sue was very involved in the church as well as music and learning to play instruments, especially the piano. Before heading off to college, an evening spent at Pete’s Restaurant in Delhi with her girlfriends, led to meeting her now husband of 60 years, John Moravec. Sue then continued on to Oneonta State where she received her Bachelors degree in Home Economics. During her time at Oneonta she became part of the marching band in which she played the horn. One of her favorite times with the group was performing at the basketball half time show. She was also a member of the Oneonta Symphony as a violin player, where she loved performing side by side with her instructor. She spent her summers as a camp counselor and lifeguard at the Salvation Army Camp, where John frequently visited her. Sue and John married on July 7th, 1962 in Ithaca, NY, and raised two beautiful daughters, Lauri and Patti. Sue was the friendly voice, smiling face and avid bookkeeper of Moravec Construction since April 15th, 1981, where her daughter Patti and son-in-law John Manuel are currently carrying on the business. A few highlights of Sue’s adult life were crossing the Atlantic in a 4-prop plane to tour Europe, taking on the challenge of learning to speak German, spending time with friend Frankie and their group as voting inspectors, the high honor of being Matron of the Eastern Stars, having lunch with Barb, and playing in her beloved bowling league. Some other loves of Sue’s were birds, picnics at the park with John, attending performances at their long-time neighbors’ home (The Stulls) watching game shows and the Lawrence Welk show on tv, watching her grandsons Mikey and Mario at their sporting events, and granddaugthers Gabbi and Brittany at their dance recitals, enjoying special occasions surrounded by her family, crossword puzzles, and beating anyone brave enough to take her on in Scrabble! Sue’s family would like to thank Pat Mason, Barbara Exton, Marge Shippy, and Linda Francese for remaining such close friends with her and loving her like family. If you knew Sue, you knew that her life revolved around her grandchildren whom she had an unmatchable love for. Sue was preceded in death by her parents William and Ethel Kennaugh, and son-in-law Mark Rosetti. Sue is survived by her husband John, her daughter Lauri Moravec Rosetti, her daughter Patti Manuel and son-in-law John Manuel, her brother William Terrance Kennaugh and his wife Julie of Shelburne, Vermont as well as their son Eric Kennaugh, his daughter Grace Kennaugh, and Eric’s partner Diane Gagnon of Essex, Vermont, her granddaughter Gabriella Rosetti-Hughes and husband Zach Hughes, her grandson Mario Rosetti, her grandson Michael Manuel and partner Jackie Reed and their son and great-grandson to Sue, Lincoln Michael Manuel, her granddaughter Brittany Manuel, sister-in-law Shirley Crants and husband Dr. Robert Crants, their 3 children, Jennifer Crants, Jeffrey Crants, Bob Crants and wife Courtney and his 3 children Megan, Shelby and Ryan, as well as brother-in-law Carl Moravec, Uncle Louie Raggi and the rest of the Raggi family, and many other cousins, nieces and nephews. In closing, not enough words could ever be said to express the angelic, genuine, sweet, and loving person Sue was. She always put others before herself and never wanted anything but a life of happiness for her loved ones. Her smile was infectious- her grandkids recalling something she told them almost daily that will carry on with them forever in true Sue fashion; “Keep a smile on”. Sue will be sorely missed.

As per Sue’s wishes, no calling hours or public service will be held. Due to her immense love for music and the performing arts, Sue’s family asks that contributions be made to Triphammer Arts Inc. 2622 N. Triphammer Road Ithaca NY 14850. Website: Triphammer.org Phone: (607) 257-2043