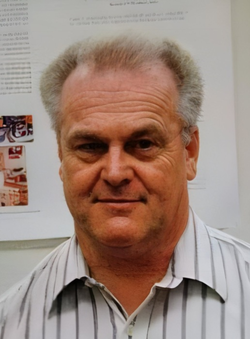 Stephen Douglas Rude went home to be with the Lord on January 14th, 2023. He was born on October 2nd, 1949, in Cortland, NY at Cortland Memorial Hospital.

Stephen is survived by his wife, Irene (Hoover) Rude and children Mark Rude (Deborah), Scott Rude (Michelle), and grandchildren Jason Rude, Matthew Scardina, Arabella Scardina, Shyla Rude, & Silas Rude, as well as his siblings Brenda Bundy (Bob), Rick Rude (Donna), Peggy Bundy (Dick), sister-in-law Lin Krizek, and many nieces & nephews. He is preceded in death by his father Edward Rude, mother Betty Rude, sister-in-law Sheila Diduch, & brother-in-law Howard Krizek. He was a loving husband to his wife, Irene, for over 50 years. Stephen was also a son, father, grandfather, and brother. He dedicated 35 years of his life to Cornell University working diligently in the Crop and Soil Services Department to ensure productive and safe crops for many families in the area. He loved the Lord with all his heart and was passionate in sharing his testimony of overcoming obstacles and helping others to do the same. He left this world with peace and joy in his heart. A Celebration of Life Service will be held at Perkins Funeral Home 55 W Main St, Dryden, NY 13053 on Sunday, January 22nd at 2:00 pm. More information about flowers, gifts & other donations can be requested by emailing scottyrude@gmail.com.