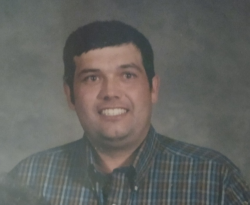 Stanley E. “Butch” Contento, of Homer, passed away on March 28, 2022, while under the care of Hospice and his loving family.

A lifelong area resident, he was born April 26, 1951, a son of the late Frank and Esther Kile Contento.

He was a longtime member of the Spafford Fire Department.

Butch loved being surrounded by his family and friends. He enjoyed breakfast at Hyde’s Diner, where he was affectionately known as “Chuck” and where he established many friendships over the years.

Butch’s family would like to say thank you to Uncle Stewart for being by Stanley’s side during the hard times, Bob and Bonnie Belford for all they have done for him, Jerry ‘Jr’ Contento for everything he did in the last part of his life. Also, Mark Meiczinger for keeping the driveway plowed so friends could visit, to Hospice, Guthrie Cortland Medical Center, the Renzi Cancer Center and Dr. Matthew Noble.

In addition to his parents, he was predeceased by his brother-in-law, Leroy Dalton; and a grandson, Dayvon Beck.