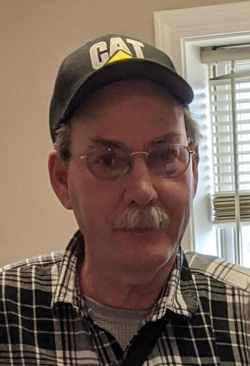 Born December 30, 1955 in Auburn, NY he was the son of the late Robert and Eleanor Dean Reeves. Roy founded RMS Gravel in Dryden in 1986. He was a great supporter of any local programs for those in need especially children. Roy provided Christmas for kids for over 35 years and would fill any sandbox for free. He was a proud supporter of Booster Club; funded a scholarship at Southern Cayuga Central School in memory of his twin brother, Ross; paid off default lunch programs at both Dryden and Groton Schools and bought veteran’s meals at the Queen Diner in Dryden. Roy was also an avid supporter of the local SPCA’s.

Roy is survived by his loving wife of 7 years and companion of 18 years, Julie Reeves who has worked at RMS for 23 years; his children, Shane Reeves (fiancé, Alexis Brevetti), Michelle Pitts, Michael Braig and Megan Cotterill; grandchildren, Kadence, Brody, Madelyn, Kroy, Elli, Lauren, Owen and Freya; brothers, Donald Reeves and Mark Reeves; several nieces and nephews. In addition to his parents, he was predeceased by brothers, William and Ross.

Funeral services will be held at 12 pm on Saturday, September 3, 2022 at Perkins Funeral Home, 55 W. Main St., Dryden, NY. Burial will follow at Genoa Rural Cemetery, Genoa, NY. Friends may call from 10 am -12 pm prior to the service. In lieu of flowers contributions may be made to a charity of one’s choice.