10 hours ago
Locals Getting Supplies Together For Florida Relief
11 hours ago
City Parking Lot to Close Beginning Tomorrow for Resurfacing
11 hours ago
Cortland Health Advises Residents to Get COVID, Flu Vaccines
11 hours ago
Delays Expected for Road Work Projects in Homer 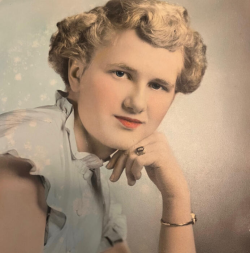 A lifetime resident of Dryden, Rosie attended Dryden High School and married James C. Hulslander on May 6, 1967; who pre-deceased her in 2012.

Rosie was employed at Smith Corona as a young woman and was a daycare provider for many children including her grandchildren and other family members. An avid cook and baker, she took great pride in caring for family. In her spare time, Rosie was a skilled crafter; knitting and crocheting sweaters and blankets and attending many craft shows to sell her creations.

In addition to her husband, Rosie was predeceased by her brother Harold (Bud) Hazen and sister, Eloise Fulkerson.

Calling hours will be held from 10-11 am on Saturday, September 17 at Perkins Funeral Home, Main Street, Dryden, NY with funeral services immediately following at 11 am. In lieu of flowers, donations can be made to Hospice and Palliative Care Services, 172 East King Road, Ithaca, NY 14850 or the charity of your choice. Online condolences can be left at www.perkinsfh.com.