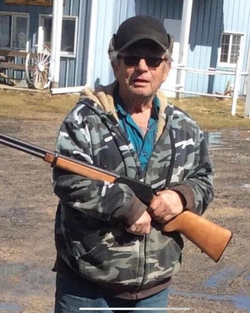 Robert Edward Smith, 73 of Locke was born March 15, 1949, he passed away suddenly on January 13, 2023. Bob grew up in Virgil, NY and went to Cortland schools. In January 1968 he enlisted into the Army. He deployed to Vietnam where he was awarded the Bronze Star with 2 Purple Hearts. After the Army he was employed with Smith-Corona. Later he drove tractor trailer for many years and delivered for E&V Energy before retiring. He retired to operate a Horse Boarding Farm with his wife Barb. Bob was an avid hunter and fisherman who loved to be outdoors. “BEER” Camp, out in the woods and being on the boat were his favorite places. Bob is survived by his lovely wife of 54 years, Barbara Day Smith; 3 sons, Thomas, Kevin and his wife Terry, Jamie, and his wife Kandy; 5 grandchildren and one great grandson; his siblings, Helen, Beatrice, Midget, John, Charles, Rose, Jaqueline and many nieces and nephews. He was predeceased by his mother Florence McNeal Smith and father John H Smith.

A celebration of life will be determined, at a later date, by the family. Online condolences at www.perkinsfh.com