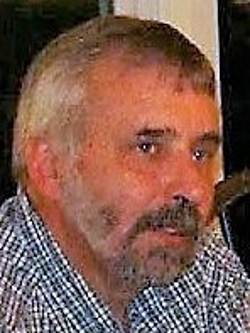 Richard H. Preston, age 70, of Homer NY, entered into his eternal life on September 19, 2021, after three courageous battles with cancer. Dick grew up as a farm boy in the Cincinnatus NY area and graduated from Cincinnatus High school in 1969. He was the eldest son of the late Howard and Dorothy Preston and the beloved husband of Kelly Fairchild-Preston.

Dick was a skilled craftsman and worked for most of his career at Barden Homes in Homer. He then worked at Saulsbury Fire Apparatus and Albany International. He learned his strong work ethic from childhood farming and was known for being a family prangster. He deeply loved his family, his pets, all wildlife, the great outdoors, going on cruises, sports cars and his tractor collection. You had to be on your toes with Dick or you would be victim to one of his jokes.

In addition to his parents, Dick has been reunited in eternity with his beloved twin grandchildren, Lucas and Brooke Bartholomew, and his in-laws, Harold and Wilma Fairchild.

Services will be private and held at the convenience of his family. Memorial donations may be made to any animal relief organization or any children’s hospital. To leave a personal message for the family, please visit www.wright-beard.com.