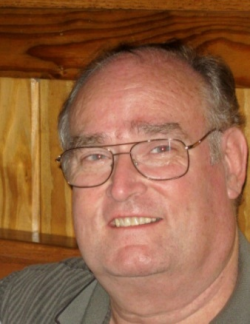 Peter J. Hoffmann, 74, passed from this life on July 18, 2022, at Upstate University Hospital in Syracuse, with Doris – his devoted wife of 54 years – by his side. He was the son of the late J. Leo and Alice Hoffmann and brother to the late Michael Hoffmann. In addition to his wife, he is survived by: his two sons, Stephen (Alise) of Elmira and David (Amanda) of Avon; six cherished grandchildren, Harper, Camdyn, Theodore, Abraham, Robert, and Franklin; his Sister-in-law Elaine M. Lee, of Tennessee; his Sister-in-law Pamela Hoffmann of Homer; two nephews, many cousins, and countless loved ones.

A member of the Homer Central High School class of 1966, he earned a degree in Business Administration from SUNY Morrisville and both his BS and MS in Education from the University at Albany. He was a Business and Distributive Education teacher in the Scotia-Glenville, Cortland and Marcellus school districts. Pete was a state representative for the Pennsylvania Federation of Teachers, based in Pittsburgh, PA. Upon returning to New York, he began a long career commuting to Owego for the NYS Unified Court System as the Chief Clerk of the Supreme and County Courts for Tioga County, from which he retired.

Pete was a loving father and grandfather, devoted husband, and fiercely loyal friend. Pete and Doris were active members of the Homer Congregational Church, UCC, where Pete would quietly volunteer wherever he was needed: whether it was returning bottles for the church; teaching Sunday school; or playing Moses for the Vacation Bible School. Pete was a former member of the Homer Central School Board, and served as its president. A lifelong sports fan, Pete lettered in baseball, soccer, and basketball, and continued playing into adulthood. He was a passionate fan of the Pittsburgh Steelers and Pirates. He enjoyed auto racing, particularly NASCAR and the truck series, and always looked forward to the baseball World Series. He was involved in the founding of the Greater Homer Youth Soccer Association, and had a lifelong interest in boy scouts, from his own scouting to actively supporting Steve and Dave in their scouting endeavors, eventually serving in leadership roles within the Troop and as a merit badge counselor. He attended most of his sons’ athletic games, theater performances, and other activities, often traveling many miles to proudly support them. He enjoyed supporting his grandchildren in this way, as well. Pete was a collector of coins, stamps, and civil war memorabilia, and his extensive collection of Durkee’s, Merita, and Cobakco Bakery artifacts includes a 1952 Chevrolet bread delivery truck. Pete was known for his wit and unique sense of humor and will surely be fondly remembered by those who knew and loved him.

In lieu of flowers, gifts can be directed to the Homer Congregational Church, 28 South Main St. where a service will be held on Saturday, August 6 at 2:00.