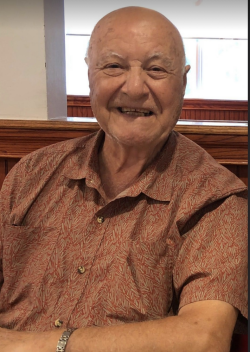 Nicola “Nick” Piedigrossi, 82, of Cortland passed away unexpectedly February 18, 2022. He was born November 2, 1939 in Dogliola, Italy, the son of the late Angelo and Teresa Del Nero Piedigrossi.

Nick became a citizen of the United States of America in 1959 after emigrating from Italy. He enjoyed his time spent working for the New York State Forestry. He then worked at Wilson Sporting Goods. Nick was a college soccer referee while working at SUNY Cortland until retirement in 1994. Nick was a communicant of St. Anthony’s Church and member of the San Rocco Lodge where he served as President 1990-1991. In his spare time he enjoyed gardening and soccer. His greatest love was his family and friends who will miss him dearly.