16 hours ago
Locals Getting Supplies Together For Florida Relief
17 hours ago
City Parking Lot to Close Beginning Tomorrow for Resurfacing
18 hours ago
Cortland Health Advises Residents to Get COVID, Flu Vaccines
18 hours ago
Delays Expected for Road Work Projects in Homer 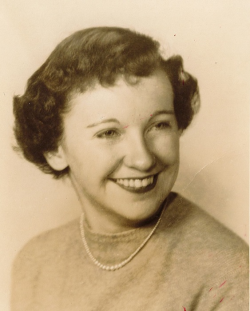 She was born January 16, 1930 in Preble, NY, a daughter of the late George and Helen Kane McEvoy. Mary graduated from Homer Central School in 1947, she attended Hobart and William Smith college for 2 years and graduated from the Rochester Business Institute in 1950.

Mary and her husband owned and operated Bernie’s Variety Store on Route 281 in Homer from 1963 to 1981. She had also worked at Gordon’s Drugs and Kinney’s Drugs in Cortland retiring in 2009.

Funeral services will be at 11:00 a.m. on Tuesday, September 20, 2022 at St. Margaret’s Catholic Church, 14 Copeland Ave., Homer. Interment will follow in Glenwood Cemetery, Homer. The funeral will be live streamed at www.facebook.com/donaldlbarberfuneralhome.

The family would like to extend a thank you to the staff at Heathwood Assisted Living for their kindness and caring for Mary throughout her illness.