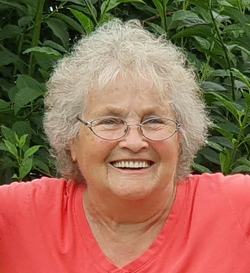 Lois E. Waffner, 80, of Preble, passed away following a period of declining health on Monday, January 16, 2023, at the Cortland Rehabilitation and Nursing Center.

She was born January 7, 1943, in Oneida, a daughter of the late Homer and Maude Winkler Woodcock.

She was a 1960 graduate of Cazenovia High School and received her master’s degree in Social Sciences from SUNY Binghamton.

Lois had worked many years at Smith Corona and then changed her career to social work, finally retiring as a Medicaid Service Coordinator for Groton Community Services.

Lois enjoyed dressing as ‘Maudie’ the clown for many years, and she would never pass by a good yard sale. She loved to swim, read books, and gaze at her flower gardens. Her grandchildren were the light of her life.

She was predeceased by two children, Timothy Waffner and Jeannette Stevens and a brother, Charles ‘Chuck’ Woodcock.

In keeping with Lois’s wishes there will be no services at this time.

Memorial services will be announced in the spring to be held at the Preble Congregational Church.