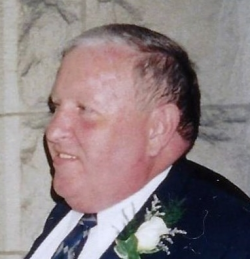 Leonard Nelson Phillips, born November 12, 1947 in Johnson City NY to Beverly Jane Wier and Jack Ray Phillips, died in his sleep at his home in Messengerville, NY early morning Tuesday November 9th. Leonard lived with his grandparents Ray Phillips and Orilla Bauder to whom was sealed June 7, 2014 at the Palmyra Temple. Leonard, a1967 graduate from Johnson City High School and joined the United States Army officer’s training program On active duty in 1967 a severe fall broke his spine reshaping his life.

Leonard became a cook in the officer’s mess, earned an honorable discharge in 1970 and moved to Marathon NY where he resumed his labors as a sheet metal worker at Grumman Boats. July 17, 1971 he met his future wife, Jeanie Rowe and they were married April 22, 1972. They were sealed for Eternity at the Washing DC Temple of the Church of Jesus Christ of Latter-day Saints on April 22, 1977. Lenny played softball for Grumman’s, served as Seminary teacher for Cortland Branch of The Church and was part of the original staff at Burger King in Cortland while raising his family of four with his wife, Shannon Phillips (Homer), Karen Phillips (pre-deceased of Cortland), Aaron Phillips (m. Rebecca Irwin, Willet), and Katrina Phillips/Toolan (Cortland). Leonard’s service injury began stealing his ability to walk in 1986 and in 1988 he was awarded Veterans Disability. Despite complications and encroaching severity of disability Lenny continued to serve in diverse positions at church including seven years as Bishop and offered leadership and support to family and friends.