13 hours ago
McGraw Fire Department Responds to Structure Fire
14 hours ago
Homer Police Respond to Heron in Distress
14 hours ago
Gas Now Over $4.70 a Gallon in Cortland County
14 hours ago
Man Exposes Himself, Brandishes Knife, and Damages Vehicle 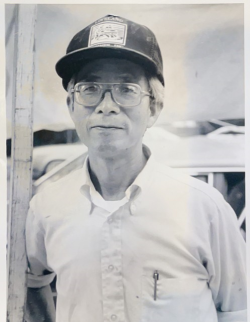 Kenneth Cheng Chuang Lin, 84, passed away in his sleep on Wednesday, March 09, 2022 in his home of 42 years on Triphammer Rd, in Ithaca, NY. He was surrounded by his loving daughters in his final months as he declined from late stage dementia.

Born to the late Jung Ching and Chang Ping Lin, Kenneth was the eldest of nine children, including one brother and seven sisters in their home of Taichung, Taiwan. He received his Bachelors in Chemical Engineering from Tunghai University, after which he immigrated to the USA to complete a Masters program in Chemical Engineering at North Carolina State University in Raleigh in 1968. Kenneth then moved to Fort Lee, NJ to work at Columbia University in NYC where he met his future wife, Amy Huei-Mei Lin. After visiting Ithaca, NY, they fell in love with the region and relocated in the late 1970s, eventually establishing their home on North Triphammer Rd. Kenneth helped his parents, and five of his sisters emigrate from Taiwan to Ithaca, living together in one house before his sisters moved out to start their own families. He worked as a laboratory technician at Cornell University, but found greater success with a food business that he started with his father, Jung Ching Foods, named after the patriarch. The business catered Chinese food to cafeterias at Cornell University and was the first food vendor at the Ithaca Farmers Market starting in 1980. For two and a half decades, they sold delicious, pan-Asian food ranging from their locally famous egg rolls, dumplings, steam buns, to noodle salads; some Cornell students and market-goers still fondly remember these foods.

In 1982, the family welcomed their first daughter Anne Lin, although, sadly, his parents would pass a short time after. Ever the entrepreneur, in 1987, Kenneth bought the Glen Way Motel in Watkins Glen, NY, a block away from the Watkins Glen National Park, welcoming international guests visiting the park, local wineries, and events at the racetrack. In 1991, the family welcomed the birth of his second daughter, Susan Lin, who was a joyful surprise. During his time managing the motel while his wife ran the food business, Kenneth was involved with the local Writers Group and the Chambers of Commerce. He enjoyed daily walks to the Watkins Glen State Park, and was an avid photographer, poet, and gardener. He provided housing to many people referred by the Department of Social Services, sometimes offering employment, which reflected his moral duty to be compassionate to those in need. After the death of his wife in 2011, his daughter, Anne, helped him with the sale of his businesses and he was able to retire. Afterwards, he lived a comfortable life in his home with the help of his daughter, Susan, and several dedicated care aides. He leaves behind a legacy of hard work, devotion to his family, and kindness to everyone he met. He is greatly loved by his remaining family and will be dearly missed.

Funeral services will be held on Saturday, March 26th, 2022 at Asbury Church in Lansing, NY. Calling hours begin at 11:00 am, funeral services start at 12:00 pm; reception to follow. The live stream and recording of the event will be hosted on the Asbury Church website: https://live.asburyag.com/. Flowers and monetary donations to the church may be sent to Asbury Church, 2978 N Triphammer Rd, Lansing, NY 14882 or to his daughters at 2758 N Triphammer Rd, Lansing, NY 14850. See up-to-date information at: ​​https://sites.google.com/view/kenneth-lin-memorial/

The family would like to thank all those whose lives were touched by Kenneth Lin, as he had a kind heart, compassion for his fellow man, and a curious intellect.