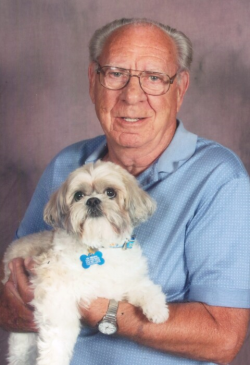 Born in Virgil, NY to John W and Doris (Seamans) Elliott, he served in the US Navy on the USS Leyte. After serving in the Navy he was employed at Brockway Motor Company later was employed at Cortland City Schools where he retired in 1997. Julian was a volunteer fireman for the Virgil Fire Department for many years and also a member of the Masonic Lodge for over 40 years.

Family and friends may call from 10-11 am followed by a service for Julian at 11:00 am Thursday, October 14, 2021 at Perkins Funeral Home, 55 West Main Street, Dryden, New York 13053. Burial will be immediately following at the Virgil Cemetery. In lieu of flowers, contributions may be made in Julian’s memory to your local SPCA.