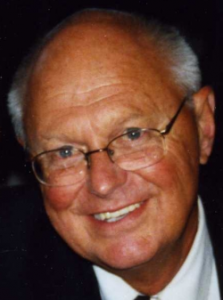 John was born in Albany, NY to Edward and Eva (Klarnick) Fauth on June 25, 1937. He graduated from Phillip Schuyler Senior High School in 1955. He went on to earn a bachelor’s degree from Union College in 1959 where he was a star pitcher on the baseball team and a member of Phi Delta Theta fraternity. He earned a doctoral degree in Geology from The Pennsylvania State University in 1967.

From 1964 through 1999, John served the SUNY Cortland Geology Department as assistant professor, associate professor, professor, and department chair. In 1979, John established the Brauer Education Center – named in honor of a former student tragically killed in a mine accident – to teach geology field courses near Albany, NY. In the classroom and the field, John was known for his meticulous preparation, challenging pedagogy, and tireless effort to improve students’ scientific and writing skills. The Geology Department began awarding the John L Fauth Award to its most outstanding sophomore geology major in 2013.

Outside of work, John enjoyed coaching youth baseball, gardening, fishing, and in his later years, spending time with and learning about the exploits of his beloved grandkids (“How ‘ya been?”).

Visitation will be held from 4-7pm on September 7th at Wright-Beard Funeral Home, 9 Lincoln Ave, Cortland, NY 13045. Funeral service will be held at 11 AM on September 8th at St. Anthony’s Church in Cortland with Reverend Joseph Zareski officiating. Burial will follow at Cortland Rural Cemetery, 110 Tompkins St, Cortland. The funeral service can be streamed directly from the wright-beard website and click on John’s obituary