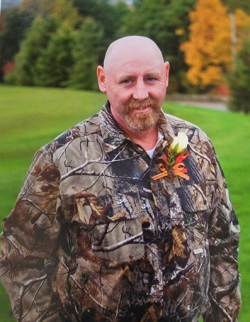 John C. Knowlton, 60, of Homer passed away peacefully with his wife by his side on Friday, March 25, 2022, after a courageous battle with cancer. He retired from Cornell University in 2017 and he enjoyed his time at the T&R Center in Harford. He had a great passion for the outdoors. He loved hunting and fishing for anything in season. John would always have a youngster with him teaching them how to hunt safely and he especially enjoyed teaching his pride and joy, Wyatt, everything he knew. He loved working with all sorts of animals and was happy working his land or being in the barn, and he was always content while on a tractor.

He is survived by his wife Pamela and son Wyatt of Homer, step-daughter, Hannah Wilson of Watertown, sisters, Laurie Hathaway of Cortland, Nancy Knowlton of Cortland and Jacklyn Havington and husband, Howard, of Dryden. He also has numerous nieces and nephews who he adored and spent an unlimited amount of time with each of them. He was preceded in death by his parents, Franklin and Sylvia Knowlton.

x101_wxhc
•
Follow
In a press conference this morning at Guthrie Cortland Medical Center’s Main Entrance on Alvena Ave. hospital president Jennifer Yartym, MSPT, MBA was joined by Mayor Scott Steve and caregivers from many hospital departments. “We made a proclamation of May 10th as Guthrie Medical Care Center day in honor of caregivers that had given up these last couple of years during this very difficult time of COVID” said Scott Steve. “Everyday should be nurses day or healthcare week because truly the last two and a half years with those individuals on the front lines we wouldn’t have been able to keep afloat without them.” said Hospital president Jennifer Yartym. #Guthrie #NursesWeek 📷 courtesy of Guthrie
View on Instagram |
4/20

x101_wxhc
•
Follow
It’s great to be at the 50th annual Maplefest!! Activities and events happening all weekend. Come spin our prize wheel, we’re here on the village green until 11 or so! #OnLocation #AlwaysClassic
View on Instagram |
8/20

x101_wxhc
•
Follow
Don’t be a fool today and NOT listen to X101! Available everywhere. #aprilfools #AprilFoolsDay #alwaysclassic
View on Instagram |
10/20

x101_wxhc
•
Follow
Lol, this color was everywhere back in the 90s. We don’t have this color but we’ve got all your favorite 90s music on X2 Classic Nineties. Listen with our app or online @ wxhc.com. #Nineties #NewClassics
View on Instagram |
11/20