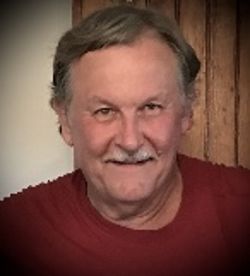 Jerald “Jerry” Kinsman, age 66 of Cortland, NY passed away from cancer on Tuesday, March 22, 2022 at home with his family.

Born October 5, 1955 in Ithaca, NY he was the son of the late Edwin and Lauretta Hilker Kinsman. Jerry graduated from Dryden High School in 1974 and retired from Borg Warner in 2018 after 44 loyal years. He enjoyed going on cruises; spending time outdoors camping, boating, fishing and sitting around a fire. He helped coach youth sports and liked attending ball games and NASCAR as a fan of the San Francisco 49ers, New York Yankees and Dale Earnhardt. He had a big heart and a wonderful laugh that made everybody smile.

A calling hour will be held on Sunday, March 27th from 1-2pm with a service following at Perkins Funeral Home in Dryden, NY. A celebration of life gathering will take place after this at the Dryden VFW from 3-5pm. Given their wonderful treatment and Jerry’s love of dogs, please consider a donation to the Hospicare of Ithaca or your local SPCA.