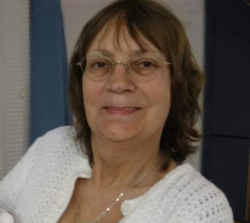 Jane Lasher Phillips, age 66 of Brooktondale, NY passed away peacefully on January 23, 2022 at home surrounded by her family.

Jane was born in Ithaca, NY on December 1, 1955, the daughter of the late Charles Lasher Jr. and the late Ruth E. Sullivan Lasher and wife of the late Claude Phillips. Jane graduated from Ithaca High School in 1974 and worked as a chef at Cornell Dining, for 23 years. She was a people person who enjoyed caring for others. Her heart longed for company which brought her to volunteer for many different organizations in the Ithaca community. Jane enjoyed baking, fishing and being outdoors.

At Jane’s request, there are no services planned.