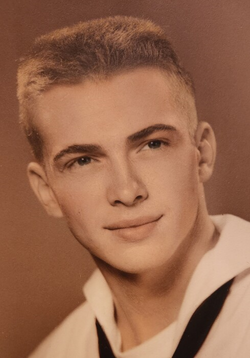 Jim was born in Cortland, New York, on Nov. 30, 1942, the son of Harold and Hilda (Lesperence) MacNeil, and graduated from Moravia High School.

He earned an honorable discharge from the U.S. Navy in 1963, and worked at Ithaca College for 38 years as Director of Lab Instrumentation for the Chemistry Department.

Jim married his high school sweetheart, Judith Mulberry, on April 4, 1964, and was a devoted and loving husband for 58 years. Jim’s world revolved around his wife; he and Judy were inseparable, and their happiness and love for each other was evident to all who knew them. The quintessential family man, Jim was dedicated to his three children, and was a proud grandfather to his grandchildren and great-granddaughter.

An avid bowler and golfer, Jim achieved both a 300 game and a hole in one, and was a mixed doubles state champion in addition to being inducted into the Bowling Hall of Fame. Not only was Jim an athlete, but he was a fan of all sports, especially the New York Mets and Syracuse University basketball. But most of all, he was a staunch supporter of his children’s sporting endeavors, and later he was an ever-present spectator to cheer on his grandchildren at all their games.

Jim also had a passion for nature and the outdoors. He took great joy in camping, bird watching and hiking, and he cherished his daily walks with his wife.

Above all, Jim was known as a man of great integrity, and never had an unkind word for anyone. He was an exceptional role model for his family, and a compassionate friend to all who were lucky enough to know him.

Online condolences may be made to James’ family at www.perkinsfh.com.