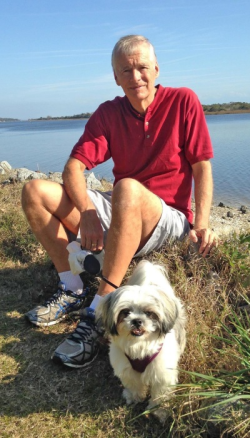 Jim, a son of the late Leo Rowe and Beatrice Fenoff Hickey, was raised in Hudson, NY. Jim graduated in 1971 from Hudson High School and later from Columbia Greene Community College.

Jim loved to run. He excelled at track and cross-country in high school, was a part of the Albany area running community, and later was an NYS official at High School track meets. He was also a die-hard New York Mets fan.

Jim retired after 30 years of service to the United States Postal Service as a letter Carrier in Troy. Following his retirement, he relocated to North Carolina, where he worked part time at the Sunset Beach ABC. Jim and his wife recently settled in Homer, NY to be closer to family.

In keeping with Jim’s wishes, memorial services will be at the convenience of the family.