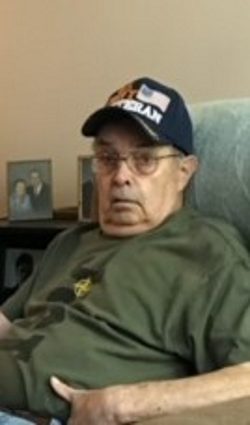 Born Douglas Wayne Arnold on June 15, 1942 in Auburn, NY he was the son of the late Neal and Mary Breese Arnold. Doug was a wonderful man. He started working at the age of 16 as a pipe fitter. He joined the US Navy on March 17, 1960 (his wife was in kindergarten) serving three years aboard the USS Casa Grande. Following service, he went to work at Slade and Sovocool in Moravia for many years. After building a home in Dryden with his first wife, Sharon, they raised two children while he installed beautiful cabinets and worked with friends. He then went to work for Dr. Jacobsen, a local veterinarian. In 1986 he married his second wife, Laurie and they had 35 wonderful years raising two boys, 4 and 6. He then worked for Maran Management which became Dryden Apartments, for 20 years. After retiring for one week, Doug went to work for Dryden Agway for a few more years. Doug served for many years with the Kiwanis Club of Dryden and all their projects along with many other community service organizations.

In addition to his parents, Doug is predeceased by his brother, David Arnold; grandchildren, Bradley, Adrianne and Damain and other Arnold aunts and uncles. Doug is survived by his wife, Laurie; brother, Paul (Marilyn) Arnold; son, Tim Arnold; daughter, Jennifer Weeks (husband, George); two step sons, Justin (wife, Tai) Musson and Dale (wife, April) Musson; many grandchildren, nieces and nephews that he loved so very much!

Family and friends are invited to call from 4-6 pm on Thursday, September, 16, 2021 followed by a funeral service at 6 pm at Perkins Funeral Home, 55 W. Main St., Dryden with Rev. Chris Corlett officiating. Burial will be private in Green Hills Cemetery. In lieu of flowers, donations may be made to Twin Tiers Honor Flight or any other veteran’s organization, fire department or ambulance service.