5 hours ago
Public Opinion on Proposed Redistricting; Against
6 hours ago
Seeds of Hope Concert Tomorrow at Rose Hall; May Is Mental Health Awareness Month (Audio)
8 hours ago
Calls for Hochul and Legislative Leaders to Pass Student Loan Forgiveness Bill
8 hours ago
Click It or Ticket Campaign to Begin on Monday 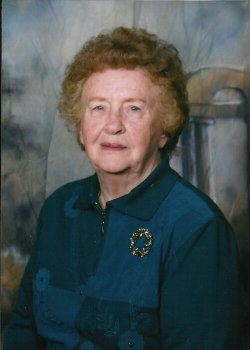 Dorothy R. Sager (Reba) of Cortland, NY passed into the arms of her Lord with family at her side on Friday, April 29, 2022 at Crown Park Nursing Center in Cortland, NY from complications following several strokes.

Reba was born on February 18, 1927 in Cortland, NY, the daughter of the late Herrick and Dorothy Crumm Diamond. Reba graduated from Marathon Central School in 1944 and was employed at NYSEG in the 1940’s before stepping away to raise a family. She later returned to work for Cornell University in 1968, retiring in 1985.

Reba’s life centered around her family and church. She was happiest when she was surrounded by her family and loved any event that brought her family together, including birthdays, holidays, and even family card parties. She also loved her church family, and was a lifelong member of the Harford Mills Methodist Church and later the Harmony Methodist Church of Harford, when the two churches merged.

Reba had a boisterous laugh that was infectious to all around her. She will be remembered for her love of the Lord, of family and life and her kind and generous nature.

Reba’s family will be present on Saturday, May 14, 2022 from 1:00 p.m. to 2:00 p.m. at the Perkins Funeral Home, 55 West Main Street, Dryden, NY for calling hours with the funeral service immediately following at 2:00 p.m. Interment will be at the Parker Street Cemetery, Lapeer, NY immediately following the service. The Rev. Stephanie Brown officiating.