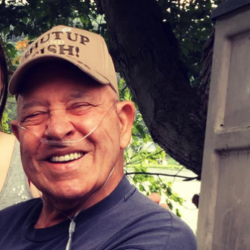 Mr. Donald E. Shutts, 86, of Lake Como, passed away on May 31, 2022 after a lengthy illness. Born August 26, 1935 in Cortland, Don was the son of William Shutts and Pauline Bigalow. Don was a Veteran of the United States Army where he faithfully served his country as a military policeman. He was then employed for many years by Sealtest at their Homer plant and then by Buckmee-Meers before retiring.

Don was a fan of the Dallas Cowboys, Bluegrass Music and puzzle books and was an avid fisherman and enjoyed fishing on his beloved Lake Como.

He is survived by his wife; Viola Glazier Shutts and a brother; Francis Shutts of Geneseo and many nieces and nephews. Don was preceded in death by siblings; Betty McMahon, Annette Shutts and Kenny Shutts as well as his two best friends; Polly and Chuck Wagon.

Condolences may also be sent by visiting www.riccardifuneralhome.com