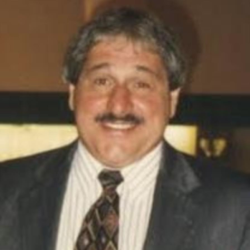 Carmen D. Trivisonno, of Tully, NY passed away at his home, with his family present, on September 2, 2022 after a lengthy illness. Carmen’s love for his family was the priority in his life. He was well known for his sense of humor, charisma, and storytelling ability.

Born February 2, 1945 in Cortland, NY, Carmen was the son of Dominick and Filomena Fantacone Trivisonno. He graduated from Cortland High School in 1963 and SUNY Morrisville in 1965. He went on to faithfully serve his country in Vietnam with the United States Marine Corps until 1967.

Arrangements are under the direction of Riccardi Funeral Home, Cortland, NY. Condolences may also be sent by visiting www.riccardifuneralhome.com