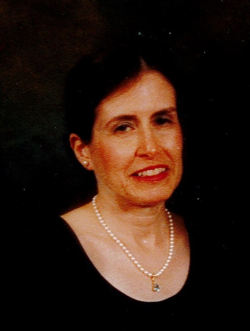 Carla Chrzan Sweeney, 76, of 21 Brentwood Drive, Homer, transitioned in the loving embrace of her family on November 7, 2022, following a series of health issues over the past 22 months.

She went on to teach mathematics at Homer Junior High School in Homer, New York, for close to 40 years and was known for helping even the most mathe-phobic students to be successful on state assessments. She retired in 2009.

Carla had a deep respect for all of God’s creatures great and small, in particular whales, turtles, cats, and dogs. She had several cocker spaniels in her lifetime and was a knowledgeable caregiver of the breed. She was the recipient of their unconditional love. She was a devoted mother and took pride in the accomplishments of her children. She valued her privacy and liked to crochet and learn of her family’s genealogy. She especially enjoyed family summer vacations to Cape Cod and a memorable family trip to and from Europe via the QE2. And Christmas was not complete without attending the Lessons and Carols program at Sage Chapel on the Cornell campus.

Carla was predeceased by her parents; a brother Walter G. Chrzan, Jr. of Johnsonburg, New Jersey; a devoted uncle, the Rev. Earl Houck of Spokane, Washington, and her parents-in-law Albert and Dorothy Sweeney.

At Carla’s request, there will be no calling hours. Funeral services will be at 10:00 a.m. on Tuesday, November 15, 2022 at St. Margaret’s Catholic Church, 14 Copeland Ave., Homer where Carla and Martin were married 47 years ago this past August 17. Interment will follow in St. Mary’s Cemetery, Cortland, next to her father and brother. The funeral will be live streamed at www.facebook.com/donaldlbarberfuneralhome.

In lieu of flowers, the family requests that memorial contributions in Carla’s name be directed to any of the following: Upstate Cancer Center at 750 East Adams Street, Syracuse, NY 13210; the Alzheimer’s Association, 225 N. Michigan Ave., Floor 17, Chicago, IL 60601; and in particular to Mercy House of the Southern Tier, 212 North McKinley Avenue, Endicott, NY 13760, whose amazing and compassionate staff cared for Carla during her final weekend.

x101_wxhc
•
Follow
Santa’s arrival with help from the City of Cortland Fire Department and Santa and Mayor Scott Steve counting down the City tree lighting from Courthouse Park!! #TreeLighting #Santa
View on Instagram |
2/20

x101_wxhc
•
Follow
In Cortland today was @senschumer to announce that federal money is on the way to help move the Cortland County Mental Health Department to 111 Port Watson Street. He was joined by all levels of our local government. Cortland County has already put aside $2 Million from American Rescue Funds they received. Building renovations expected to take 2 years, says the county. #LocalNews #ChuckSchumer #MentalHealth
View on Instagram |
3/20

x101_wxhc
•
Follow
We’re saddened to hear that Fleetwood Mac member Christine McVie has passed away at the age of 79. #FleetwoodMac #ChristineMcVie
View on Instagram |
4/20

x101_wxhc
•
Follow
So much to be thankful for this year. We’re especially thankful to all our listeners and local businesses who support us! #HappyThanksgiving #TurkeyDay #BeThankful #LocalRadioIsAliveAndWell
View on Instagram |
7/20

x101_wxhc
•
Follow
A huge shoutout to @cpfoodsmarket for donating 5 turkeys to Catholic Charities of Cortland County, as part of our Turkey giveaway. We delivered the turkeys earlier today. #TurkeyADayGiveaway #AlwaysClassic
View on Instagram |
11/20

x101_wxhc
•
Follow
Homer High Football takes on Indian River from the JMA Wireless Dome tomorrow! Join us for our pregame show around 2:50. And then full play-by-okay with kickoff at 3. #Section3Championship #Section3Football #JMAWirelessDome
View on Instagram |
14/20

x101_wxhc
•
Follow
The Cortaca Jug is today and both teams are undefeated. Kickoff at Noon. Game televised nationally on the YES Network. We’ll have live updates throughout the game too. #CortacaJug #CortlandState #RedDragons #IthacaCollege #IthacaBombers
View on Instagram |
15/20

x101_wxhc
•
Follow
Thank you to all our veterans and to those who gave the ultimate sacrifice, we’ll never forget. #VeteransDay
View on Instagram |
16/20

x101_wxhc
•
Follow
Our shop local promotion has begun today. With help from some great local businesses, we’ll be reminding you to keep it local, and be sure to listen for your favorite local business on 101.5 FM in Cortland or with our app or on the website, wxhc.com. #BuyLocal #ShopSmall #LocalBusiness
View on Instagram |
17/20

x101_wxhc
•
Follow
Pictured here is Nicholas Renzi. Renzi Cancer Center caregivers joined patients and major donor, Nicholas Renzi yesterday (October 4th) to mark one year of care at the facility. The Renzi Cancer Center at Guthrie Cortland Medical Center is the culmination of years of planning, financial investment from The Guthrie Clinic, and donations from the community through Cortland Memorial Foundation. #Guthrie
View on Instagram |
20/20
View on Instagram