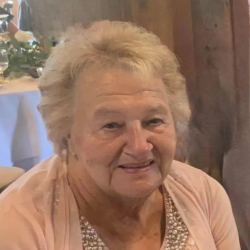 Mrs. Barbara Macner Duffy, 83, of Cortland passed away on Sunday May 29, 2022 at Guthrie Cortland Rehabilitation Center.

Born June 2, 1938 in Utica, Barbara was the daughter of Francis and Victoria Szczepanik Macner. Barbara was a graduate of Utica Free Academy and S.U.N.Y. Oneonta where she received her degree in Elementary Education. She then went on to teach at the Seymour School in N. Utica and locally at Pomeroy and Smith Schools.

Barbara was a communicant of St. Mary’s Catholic Church and a member of The Catholic Daughters of The Americas Court # 919 Cortland. Her memberships included; American Association of University Women, Cortland Area Retired Teachers Assoc., where she also served as their historian. Barbara was also a member of the 20th Century Club and with her friends they had a local book club.

Barbara loved being a teacher and cared deeply for her family, friends and neighbors. After retiring from teaching, she volunteered as a tutor at St. Mary’s School. She was an exceptional mother and grandmother and provided love and support to each of her children and grandchildren. All were proud to call her Mom and Nana.

Barbara was preceded in death by her husband; Gerald Duffy in 1999 and a son; Patrick in 2018.

Condolences may be sent to the family by visiting www.riccardifuneralhome.com