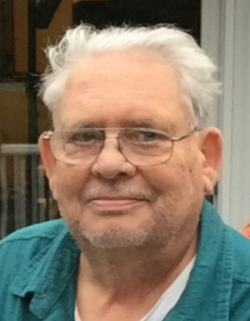 It is with great sadness that the family of Allen W. Hayes Jr. announces his passing into eternal peace and comfort on June 19, 2022 after a period of declining health. He was 84 years old.

Allen was born in Buffalo, NY and was the 1st born son of Allen W. Hayes Sr. and Margaret (Joyce) Hayes. In his early childhood, the family relocated to Florida while Allen Sr. served in the US Navy, before eventually settling in Ithaca, NY. Allen was the eldest of four children (sisters Joyce, Linda and Barbara) and spent much of his time on Cayuga Lake, boating and mastering the sport of water skiing.

While attending Ithaca High School, Allen met the love of his life, Carol Kleeman, whom he wed in September of 1962. This year marks their 60th wedding anniversary. Early in their marriage, the couple lived in a cabin on Allen’s parent’s property and it was there that they started a family with the birth of Robert Hayes. In 1966, Allen and Carol bought a house and moved to Freeville, NY and made their forever home. In 1969, at the request of their son, the family grew with the birth of a daughter, Deborah. In addition to his human family, Allen loved his pets and had a number of dogs, cats, fish and even a mouse (again, at the request of his son.)

Allen has always been mechanically gifted and has maintained a passion for US History, especially as it relates to aviation, automobiles, and railroads. Self-taught from the beginning, his technical skills were supplemented by his employers and fueled by his thirst for learning. For a majority of his professional career, Allen was employed as an aircraft mechanic and an automobile mechanic. In the latter phase of employment Allen worked in a mechanical inspection position at Challenge Industries of Ithaca.

Allen enjoyed the hobby of building and detailing models his entire life. He has built numerous control-by-wire airplanes, scale airplanes, paper airplanes, model rockets, HO rail rolling stock, and Legos. He was as equally gifted in his wood shop as he was in the garage and the hanger and built many pieces of furniture and functional tools. Other hobbies Allen enjoyed were camping, CB radio and short-wave radio operation.

Allen never encountered a mechanical problem that he couldn’t resolve. He was a no-nonsense, by the book man. Allen lived his life, and made life decisions, based upon experiences of his pilot training, where he was often presented the question, “Are we going to get there from here?” During pilot training, his father/instructor was known to kill engine power under various conditions and tell Allen to respond and adapt to the situation. On one occasion, the two were approaching the airport and being buffeted by strong side-winds. As Allen maneuvered the aircraft, his father killed the engine and posed the question “Are we going to get there from here?” Allen assessed his options and determined a plan. Unlike previous tests, engine power was not returned, and Allen was forced to proceed forward. It was clear that he was not going to be able to line up with the runway, so he skillfully went into a hard bank and used a grass strip adjacent to the runway. While it was a rough ride, they got there. As the plane came to a stop, his father exited, walked out to wingtip, and removed a clump of grass. He handed the clump to Allen saying he could not himself have done any better.

Allen’s approach to life will live on through his wife Carol Hayes of Freeville, NY; Robert and Amy Hayes of Auburn, NH; and Deborah Hayes and Gary Breed of Freeville, NY. Allen was also a proud Grandparent to four. His advice and guidance will be missed but the family is comforted by the knowledge that he is part of each of us and that down the road we will each be able to walk to his wing tip, remove the clump of sod and say, “We got there, Dad!”

There will be no services for Allen per his wishes and those of his family. In lieu of flowers, donations may be made to the SPCA.