Homer Police Honorary Officer Owen Sears — who moved to Ohio with his family this past summer — had the recent opportunity to meet former Vice President Mike Pence.

It all started with a conversation Sears had with Pitman at his graduation party. He told him about his autism; and that he always wanted to be a police officer.

Owen then came up with different ideas on how a police badge could help raise awareness for autism.

After being surprised with his own personal badge and ID last summer that he himself designed, Sears got a special chance to tell the former Vice President that he wanted to become a Secret Service officer some day.

VP Pence said he could do it, then took a picture with Owen posted on the Homer police department Facebook.

Chief Pitman added that his team is “extremely proud of Owen and all his accomplishments! Keep up the good work Owen!” 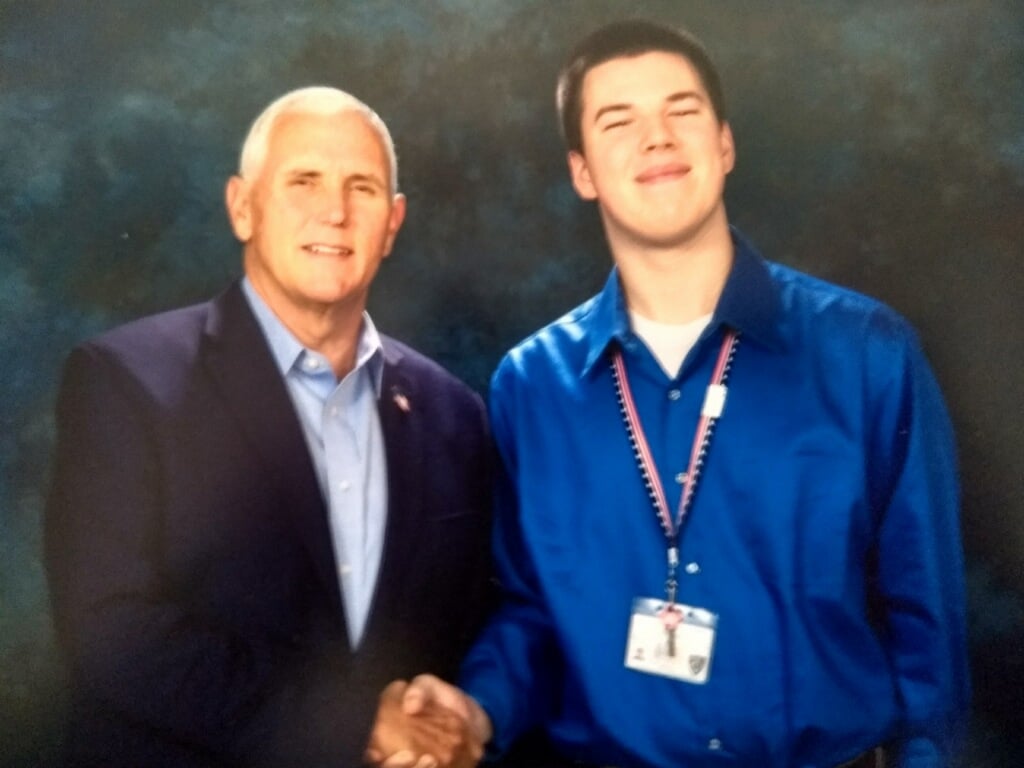