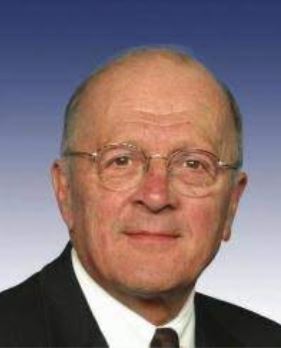 He served a large swath of central New York in the United States House of Representatives from 1983 until 2007. His large district included Cortland County.

A Republican, Boehlert was widely considered a member of the party’s moderate wing.

Current US Senate majority leader Charles Schumer, a Democrat, had a special relationship with him during his House term.

Schumer issued the following statement after news of Boehlert’s death:

“I’m saddened to learn of the passing of my good friend, former Congressman Sherwood Boehlert.

Sherry and I were colleagues in the House of Representatives for fifteen years and our friendship transcended partisanship and even included sharing a locker at the House gym.

The rewards of Sherry’s dedication to his district can be seen today: whether at the former Griffiss Air Force base following the revitalization he spearheaded or as the Adirondacks teem with fish and loons thanks in no small part his work on acid rain.

Sherry’s rich legacy, his support of science, his commitment to combating climate change, and his deep love for the Southern Tier and Mohawk Valley will live on for generations to come.

My sincere condolences to his wife Marianne, children, and all who loved him.”