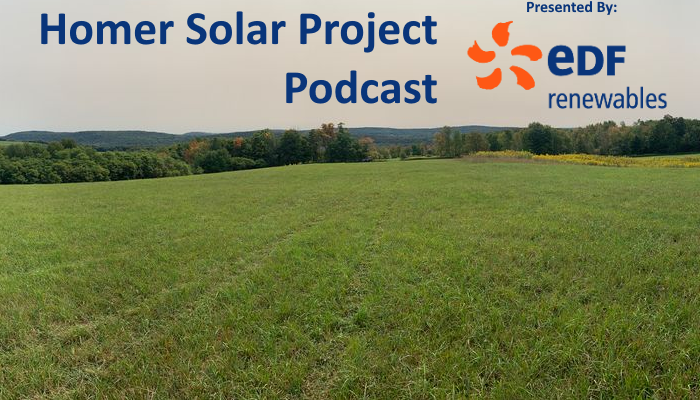 This episode features a conversation with Cortlandville homeowner Michael Barylski who is leasing some of his land to the Homer Solar project located in the towns of Homer, Cortlandville, and Solon in Cortland County. Barylski will share stories from his 35 years working for the New York State Department of Environmental Conservation and his time as a Cortland County legislator, including how he and his wife have been managing their property for wildlife since they bought it 25 years ago, how he worked with EDF Renewables to design a corridor through the middle of the solar panels on his property that would be left open for wildlife, and how his decision to take an active role in combating climate change led him to the decision to lease his land to Homer Solar.