A Cortland woman was arrested for DWI after crashing into a marked police cruiser on Friday night.

Police identified the driver as 22-year-old Meagan Condie, who was traveling northbound on State Route 13 near Ithaca just before 10:30 pm, when she suddenly left her lane and collided into a median along the guardrail.

Her vehicle came to a stop about 30 feet off the road, as it rear-ended the deputy.

It happened at the bottom of an area known as “the hill,” just north of the East Shore Drive overpass.

Bangs Ambulance provided care for the deputy at the scene. He was later released without needing further treatment.

Condie was found to be intoxicated with a BAC of .18% or Greater.

She was processed and released on an appearance ticket to the Ithaca Town Court on October 28. 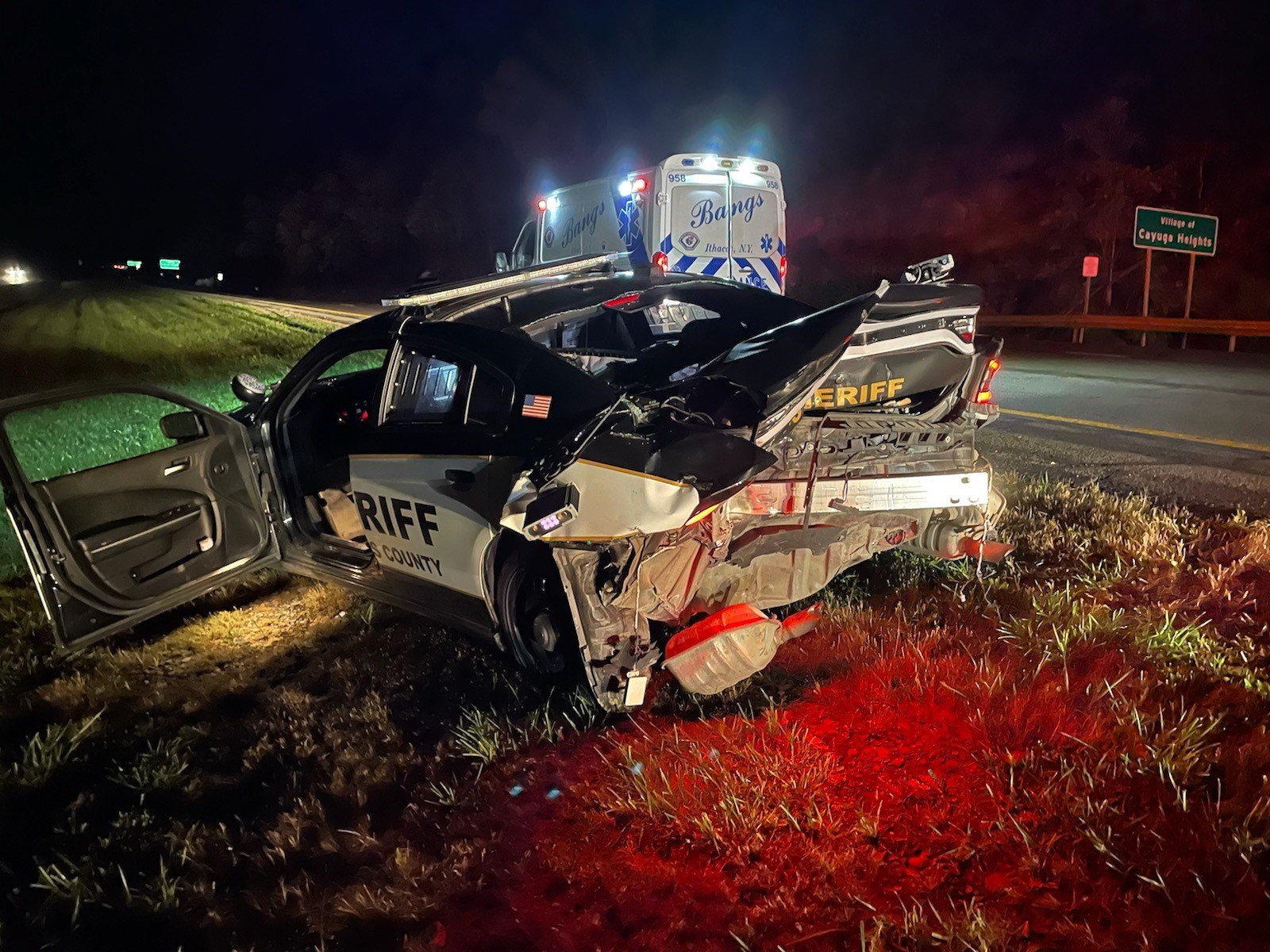