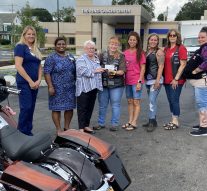 The latest gift was raised during a breast cancer awareness ride hosted by the Chrome Divas of Cortland back on August 7, an event dubbed ‘Dudes and Divas for a Cure.’

It brings the total amount raised by CMF for the new cancer center to $2,763,041 million. This includes one million dollars from Nick Renzi, former CEO of Pall Corporation who led a donation match challenge earlier this year.

Like all who participated in the ride, it’s personal for club director Toni Miller. She lost a family member and friend to breast cancer and has another friend still fighting the disease.

“I just think that anybody going through this, if we can help them out, I don’t care if it’s a taxi ride, whatever,” said Miller. “If we can help them out by raising this money, all the more power to us. And that’s what we’re all about, is raising up each other and the women and children in our community.”

Chrome Divas of Cortland is a local women’s motorcycle club with an added mission to build a positive image of women motorcyclists, promote motorcycle safety, elevate consciousness of automobile drivers, and create awareness of women and children’s issues. 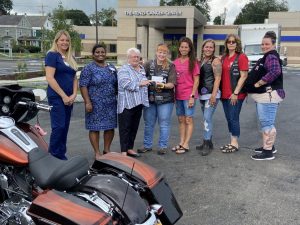