Yesterday afternoon at 3:17 pm the Homer Fire Department responded to a reported barn fire in Summerhill. The Town of Summerhill is part of the fire district that Homer covers.

Firefighters responded within minutes to the Hillcrest Dairy Farm at 6464 Eaton Road in the Town of Summerhill on the corner on Route 41a. The barn was fully engulfed and Homer immediately called for a second alarm. Cortlandville fire, along with McGraw, Truxton, and Preble Departments then responded with mutual aid.

Firefighters did have to work around a downed power line in front of the barn and go around the scene through Lake Como Road. National Grid responded quickly and shut power down a short time later.

The fire was so hot a house directly across the road had it’s siding melted as firefighters doused the house with water.

Water to fight the fire had to be brought in via tanker trucks.

Crews from the Lansing Fire Department in Tompkins County and crews from New Hope, Sempronius, West Niles, Moravia and Locke in Cayuga County also responded to assist at the scene.

The barn is a total loss.

Firefighters remained on the scene for several hours. 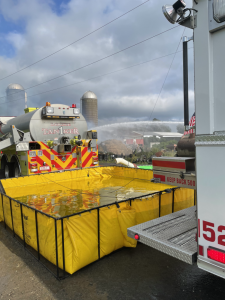 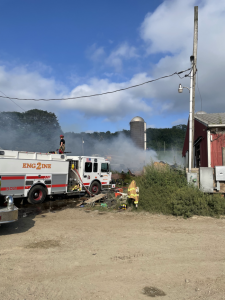 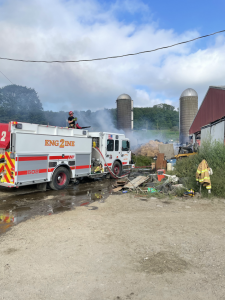